Automate your dev env with tmux

A side project I’m working on has two commands to start running in development mode. npm run dev:app which starts a create-react-app dev server and npm run dev:server which starts an express server for proxying external api calls and handling OAuth. My usual workflow involves manually opening panes in iTerm2 and running each command manually, but I thought I could do better.

tmux is a terminal multiplexer. This basically means it can manage multiple terminal windows running different programs inside one window. To get it, you can probably install it through your package manager of choice; if you’re on mac you can use homebrew: brew install tmux

How to use it

For my setup, I wanted two panes in the top half of my screen, each displaying output of my dev servers, and the bottom half ready for me to run arbitrary commands like git . Here’s what I came up with & let’s go through it line-by-line:

This creates a new “session”, with a name of “projectname”, and runs the command npm run dev:app . The session name is helpful if I want to detach the tmux session (run it in the background) and bring it back later. The \; is for separating tmux commands.

We’re now splitting the current window in half, and running our second command in it.

Split the window a third time, but don’t run a command in it.

Select the tiled layout from the list of default layouts tmux has. 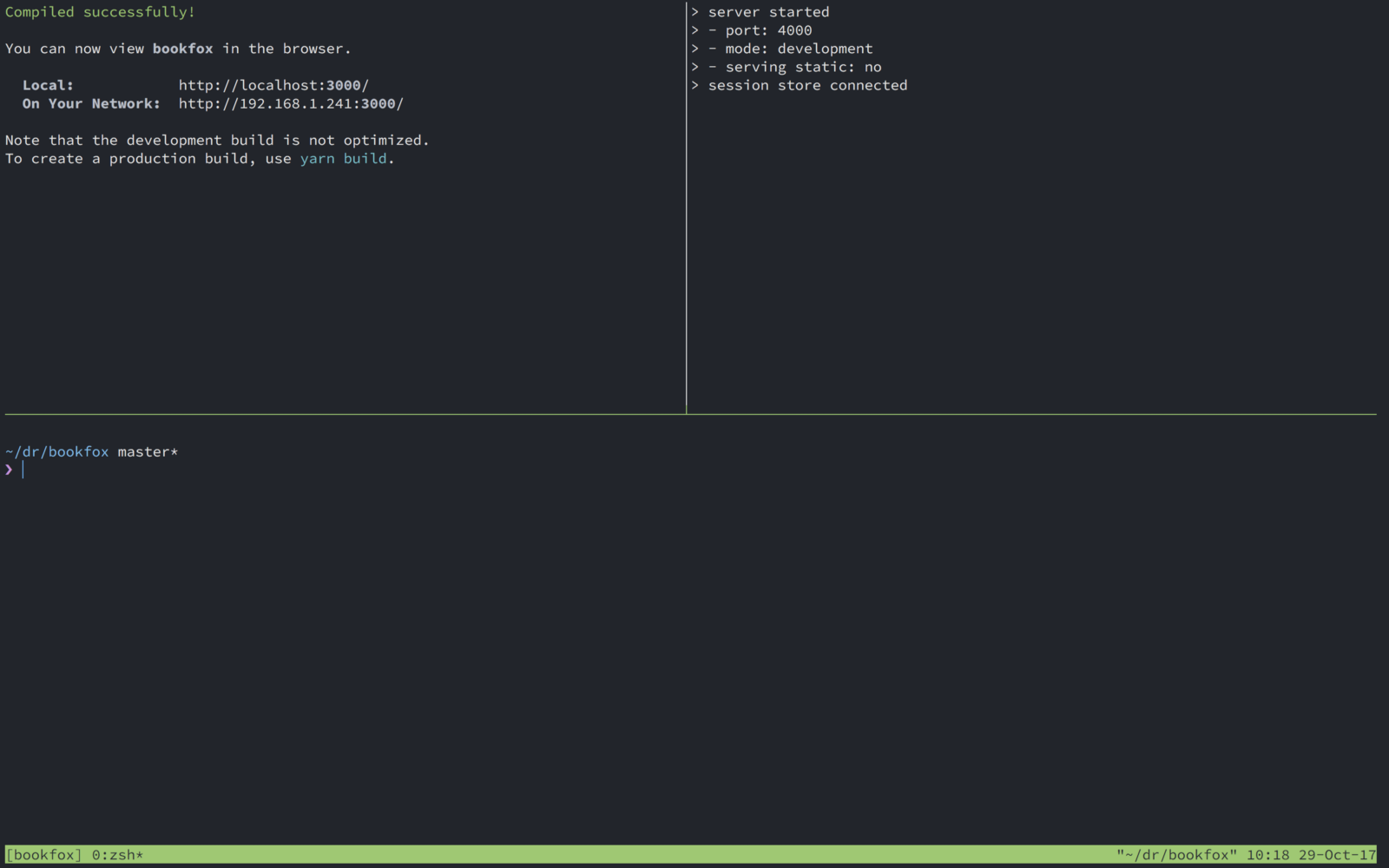 Now that I’ve got the tmux session running I can move it into the background and perform other tasks when I need using the tmux detach command. This will keep all my panes running in the background. When I want them back I can run tmux attach -t projectname and they will come back in the same configuration. Nice!

I’ve also expanded the script slightly to check if a session already exists; if it does I kill the session. This means I have one command to run (the shell script) and it’ll either start or kill my dev environment.

If you have any tmux tips then let me know on Twitter: @dnrvs